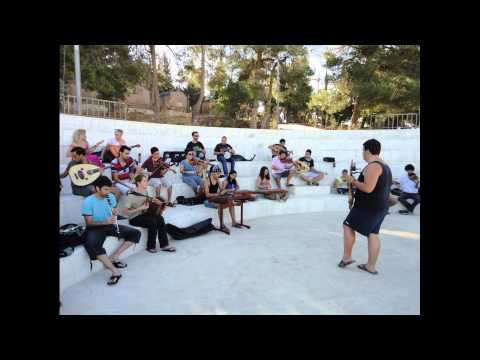 The National Music Conservatory/King Hussein Foundation and in cooperation with Jeunesses Musicales International (JMI), the Arab Academy of Music (Arab League) and the Cultural Movement-Limassol-Epilogi (Cyprus) organized the first ever Ethno Jordan (Euro-Arab Music Lab) which took place in Amman, Jordan between 1-6 September 2012. Ethno Jordan welcomed 40 young folk/traditional Arab and European musicians to Amman to share, teach, and learn traditional/folk music in order to discover the cultural identity of different nations through music and to ensure that these cultures are preserved and enjoyed generation after generation.